**My images won’t go in the spots I want them to so I put stars so you know which images go where in the story!**

My first vacation completely on my own. Airports on my own, trains on my own, sightseeing on my own, everything alone. Im nervous, but extremely excited. While traveling through the airport, I wasn’t that scared at first. Getting on the tram was easy. Once I got off the security was right there. How hard can it be to wait in a line and throw your stuff on a belt to be x rayed? I put my stuff on a tray and found out I couldn’t fit my duffle bag through the belt. Uh oh. I have no idea what I’m supposed to do now. So I ask some kid behind me (probably a little older than I am), ‘what am I supposed to do if I can’t fit my bag through here? Do you know?’ He looks at me and says, ‘well you probably don’t have to put it on a tray.’ Wow, I thought, real smart Brittney. Now I’m through security, my phone is at a whopping 29%, and I have about 45 minutes until I’m supposed to board. I find a charging station, plug my phone in, and pull out my book: Under the Dome by Stephen King. I kill about 30 minutes or so and my phone got up to 59%. I’m nervous that I’m gonna miss boarding so I move closer to my gate. I’m supposed to start boarding at 4:40pm because my flight leaves at 5:10. Well, now it’s 4:45 and we haven’t started boarding; I don’t even see a plane at my gate. So of course, anxiety starts to set in. Am I at the right gate? Did they board without me and I missed it completely? What is going on? Why am I so thirsty right now?! I’m alone and don’t know what to do! I wait it out a few more minutes until it reaches 5:00pm. I’ve been checking online to make sure my flight is coming and all the screens inside the airport say it’s on time. Clearly it isn’t so one of us is wrong. I go up to the desk and ask if they have started boarding yet, and receive a pretty annoyed ‘no’ from the desk lady. Keep waiting it out. 5:05 comes around, and finally a plane is pulling in. 5:40: I’m finally on the plane, luggage is I n the compartment at the top (which is not made for a short person to reach), AND I got a window seat! It’s only 30 minutes late, but we should be leaving soon. Or so I thought. **image number 1**

6:10 comes around and I’m still sitting at the gate because we haven’t moved. 6:23pm and the captain comes on and tells us it’s gonna be at least another 30 minutes because the weather isn’t looking good and storms are rolling in. However, they finally brought me a water so I’m doing decent. Except that my phone is now at 9%. **image number 2**

My wheels finally left the ground at 7:21pm which happened to be my scheduled arrival. So after just over 2 hours, I finally landed in DC. I quickly got off the plane to try and find an outlet to plug in my phone so I could figure out where the metro was and how exactly I was getting everywhere. **image number 3**

Finally after about 20 minutes, I find the train stuff. To get my ticket I have some machine I have to try to figure out which was a task in itself. I finally get my card and head up the escalator to wait. **image number 5**

I was pretty positive I was in the right area but decided to ask a random girl sitting on a bench just incase. Finally my train arrived and I boarded. I was naive to think my station would be the only stop. We stop at a station (that I thought was mine under a different name because I thought there was only one stop) so I ask a lady behind me if I was at the Huntington station. She replies yes right as the doors close. Great. We go down the street for what only seemed like 3 minutes and I get off with the idea that I will just walk back to the previous station. Some background info, while on the train I called for an Uber to come pick me up at the station I was supposed to get off at. Before I got off, my phone died. So now I’m off the train with no idea where I am and no phone to see or call my driver. I start walking down the street towards the station I thought I should be at when I realize I can’t even see a station. Now I’m just walking down the street, while its dark, it’s like 10:30pm, and I’m about to just cry. So I head back to the metro station. I ask the security guy if there’s an outlet I can use to plug in my phone to call my uber driver. Finally I get ahold of her and was just given attitude. Yes I was at the wrong station. Yes she was waiting for me. Yes I’m sorry. However, I had a two hour delay, I’m tired and hungry, have no idea where I am, it’s dark, and I just want to get to my hotel safely. So I cancel her and call for another. I was picked up by a super nice guy who gave me the down low on the area where I was, and made it to my hotel. He even told me he would wait to make sure everything was okay and to wave to him once everything was good so he could leave! I made it into my hotel, showered, and am now getting ready for bed. **image number 6**

It has been a long day, but tomorrow will be even longer as I take on sightseeing and touring the White House in just a few hours before heading to New Hampshire! Hope you guys have enjoyed the story of my first-successful?- day of vacation on my own!

Ps. Idk how I feel about adulting right now 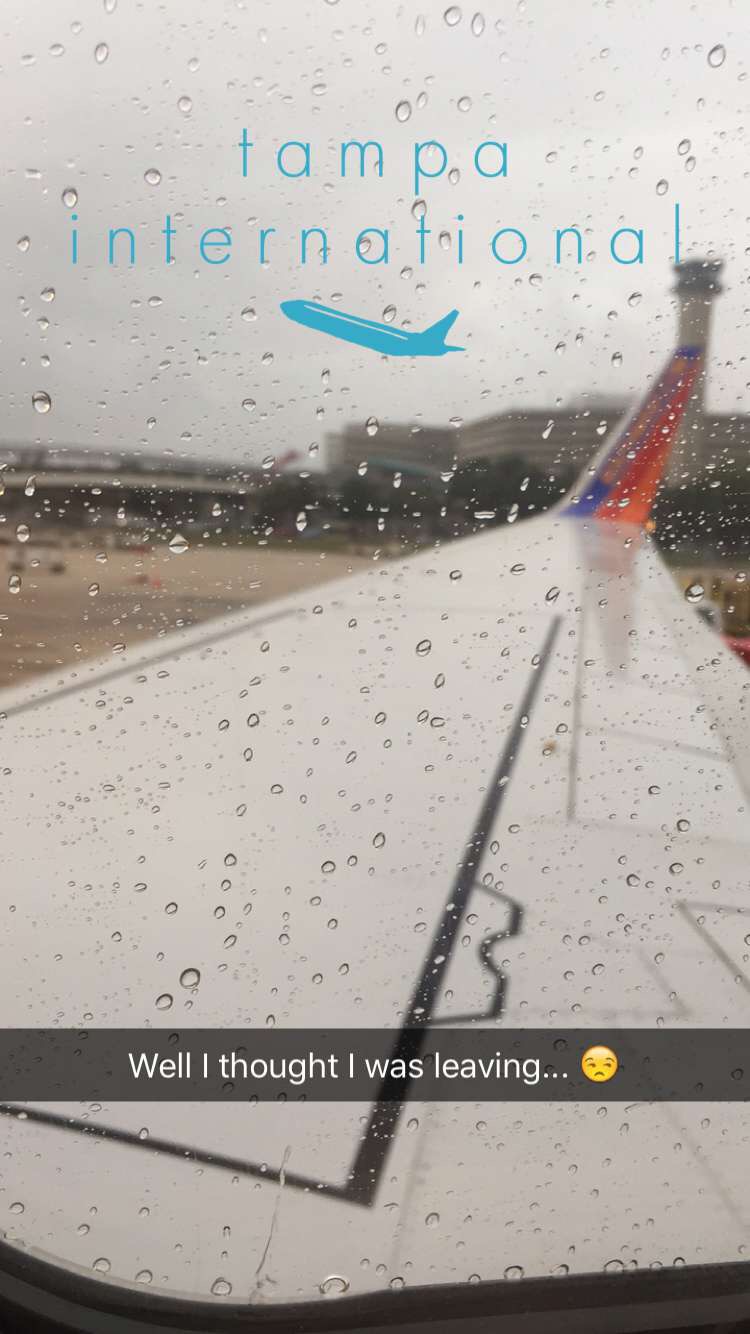 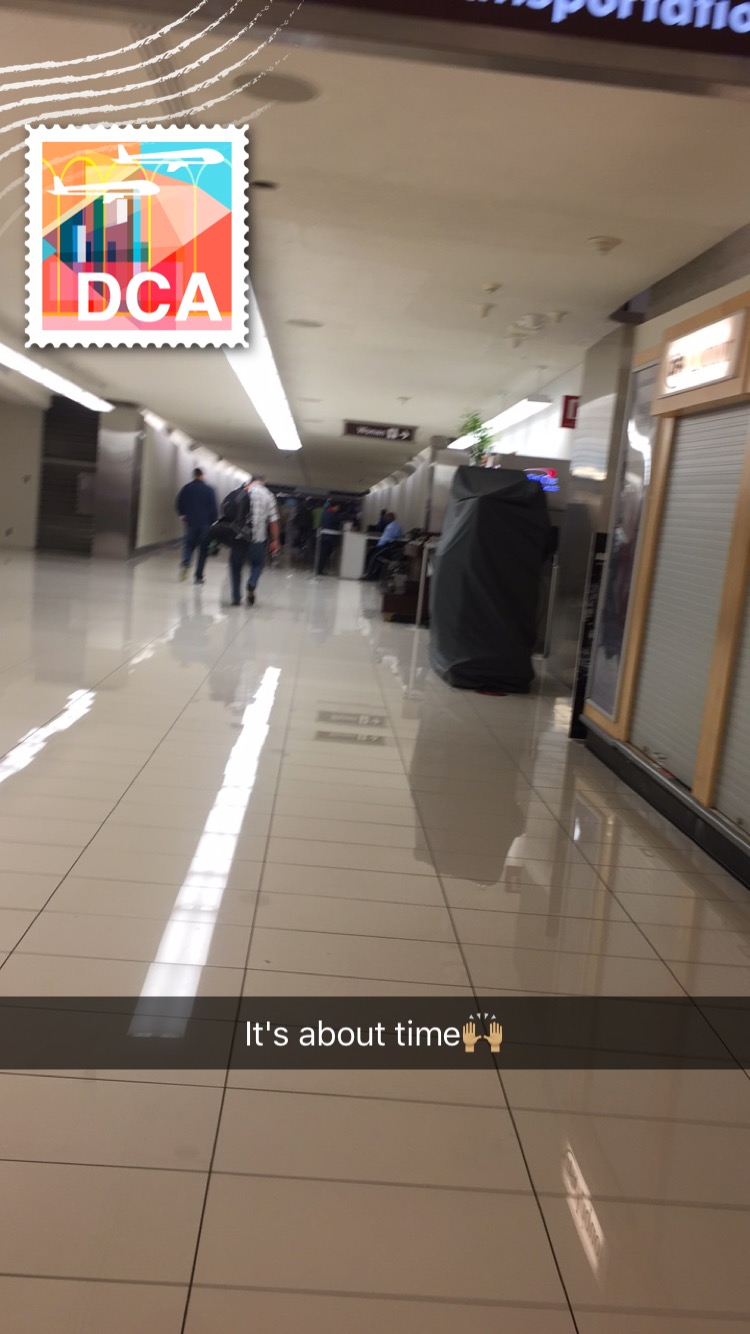